Have you ever given blood in England? If you have then you will know it’s a very well organised affair as you donate your blood that you hope will benefit an anonymous receiver at some point in the near future.
Giving blood in Nepal is a different experience.

A good friend of ours has been expecting a baby and was due to have the baby at a hospital here. They needed to arrange their own blood donors to have on standby in case of an emergency. Dan, having the universal blood, offered to be a donor. Well it got to last Thursday and there was no baby so the hospital induced. They told our friends that rather than having the donors on standby they now needed the blood on standby.

So on Thursday evening, after the KISC Christmas Carol service Dan and another lady headed up to the hospital to give blood. On arriving at the hospital we discovered that we didn’t give blood there, but at the blood bank, a 5 minute taxi ride away. So we jumped back in a taxi and headed on up. The taxi driver that took us told us it would take a couple of hours at the bank; it was obviously a not uncommon route for the drivers who wait outside the hospital. 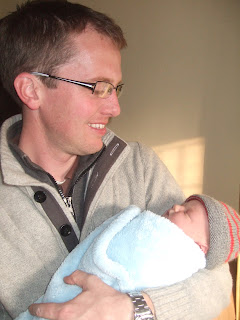 On arriving at the blood bank we handed over our sample of the mother’s blood we had brought in a cold box so that our blood could be checked to be a match. We were taken into the room where we would donate. Having been here for 5 years I didn’t blink, but thinking about it afterwards, if you had come straight from a hospital/blood bank in the UK you would probably notice many differences. The chairs you laid in to give blood where looking old and the coverings were starting to come lose. One of them had lost an arm. The room wasn’t dirty, but it also wasn’t "NHS" clean. The scales for putting the blood bags in had more in common with my kitchen scales than you would expect.  There was a big cardboard box in the middle of the room for trash, filled with used cotton wool and empty juice boxes.

The blood bank people then got quite funny about using my blood as she wasn’t a direct match. The other lady was, so gave her blood and then they agreed I could give my blood and they would give us the one(!) direct match they had in the fridge in exchange for my blood. So up I got onto the seat in went the needle and the blood was given. My reward, a juice box!

We then sat and chatted for nearly an hour while we waited for them to carry out all the checks on the blood (HIV etc) before paying (yes paying) about £10 for the privilege. The two bags of blood then went in the cool box and we went to find a taxi to take us back to the hospital. We dropped off the blood with the nurses and headed home as by this time the baby was well on it’s way; we found out afterwards it was born within minutes of us being there.

Thankfully baby Benjamin came without major trial in the end and the blood was not needed. We were told the blood could be taken back to the blood bank for a partial refund.

We got to meet Benjamin on Saturday afternoon when we dropped round some dinner for the family. Here is Dan holding him at about 40 hours old.

So a Nepal born Christmas baby for our friends. A baby born in a strange location for his family, born in a setting which wasn’t quite picture perfect, but born with parents to love him and support him and visitors who brought gifts. Really though, born into privilege and plenty as he was born to western parents who may have chosen to give up some things to be here, but have so much compared to nearly all that surround them.

Jesus, being God had everything, but he chose to give it all up. He chose to be born as a humble human, in a humble location and to live to serve all of mankind. He chose too, his death, on the cross for all people everywhere, whether born in a Nepali hospital, a British hospital, or born in a shed with the cows.
Happy Christmas.

What a gift! Best wishes to you all. Colin and Ellen