You may have heard about some serious news that has affected this part of the world recently. The terrible flooding in India and Nepal which has happened as a result of monsoon and poor maintenance. The number of people stranded and affected by the floods is well into the millions, mostly in India but plenty here in Nepal. There are still apparently people stranded on top of buildings where the boats haven’t got to them yet and even those rescued will face about a nine month wait until they are able to have somewhere to live again. Most of the houses will have just been washed away as they’re made of little more than mud and straw.

While there are organisations here that are trying to help, the concern is that the aid just won’t get to these people, because of various people/organisations incompetence. It was incompetence that saw the flooding start and I’m sure it won’t be the last time that incompetence affects these people. To read a news article on the BMS World Mission click here

Without wanting to sound self-centred the knock-on effect for us is that the power cuts, which had gone down to 4 hours per week, are now up to 30 hours and already high food prices are expected to rocket soon as supply disappears from this region. The reason for the power cut change is because the floods have taken out one of the cabl 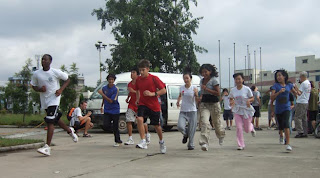 es that brings 70Mwatts up from India. As all of Nepal’s internal electricity supply is hydroelectric normally the power cuts disappear in the summer and only reach 30 hours in the late winter, just before the snow starts to melt. We could be in for a long winter.

On a more positive note the students at our school have been very involved in extra curricular activities recently. This term the school is putting on a production of Joseph and his Amazing Technicolor Dream Coat. The rehearsals are 3 nights a week for 3 hours after school and about 60 of the 80 secondary student 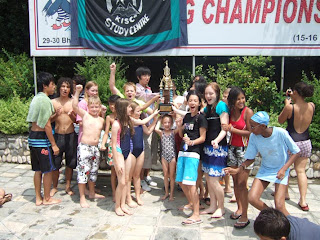 s are involved. Alongside this we’ve recently had 2 big sporting events. About 3 weeks back we had a Triathlon to raise money for the victims of the Chinese earthquake earlier this year. Each year group entered a few pupils for each of the 3 events, running, swimming and biking, in a relay effort. As well as this we recently had a school Interhouse Swimming Gala and many students were also involved in an Interschool Swimming competition. This involved training for several weeks on the 2 nights per week they aren’t doing Joseph rehearsals. And they still find time for school work! 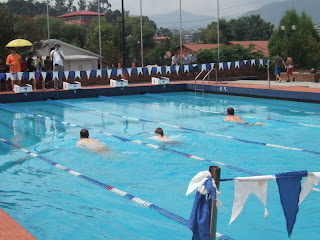