"Joy to the World the Lord is come,

the earth receives her King;

Let every heart prepare him room,

and Heaven and nature sing" 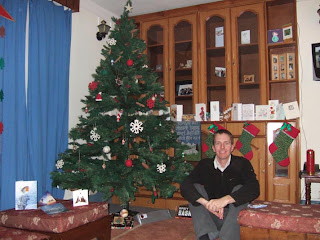 Well ‘Tis the season and all that. Although this Christmas is certainly slightly different to those back in the UK. However the international community out here in Kathmandu certainly makes plenty of effort to help it feel more like Christmas.

Over the last 2 weeks there have been plenty of Christmas events going on to keep us busy and in the festive spirit. Which is quite difficult at times with the enforced power cuts now up to 63 hours per week (that’s 10 hours for 6 days and 3 hours on our good day). 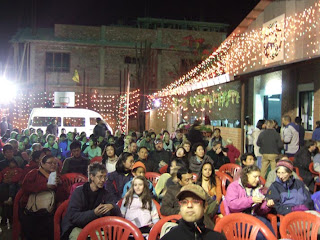 At school our main Christmas celebration was a Carol Concert on the penultimate evening of term. About 300 people came to an excellent service which featured many kids showing of their talents again. We had a number of dramas focused on the first Christmas from the perspective of those involved on the outskirts of the tale, such as the innkeeper’s wife and one of the Shepherd’s. We finished school on the 12th December which was an emotional day as we said goodbye to a teacher who’d been at the school for 6 years (she was the second longest serving member of the international staff).

The next day saw the Winter Concert of the Kathmandu Chorale. This is a group of mostly foreigners who put on concerts in the summer and the winter. The Winter Concert is obviously the one to attend as there was standing room only in a hall that fits well over 300 people for the afternoon showing and the evening was still full. The attendees included ambassadors and diplomats! A number of our friends were involved in the Chorale which involved giving over one evening a week since September, and singing Christmas songs for 3 months!

The British Embassy has also hosted two events in the run up to Christmas. Last week saw the Christmas Lunch which was a slightly surreal event as about 60 people sat in sun in the garden of the Embassy Club, and enjoyed Roast Turkey and most of the trimmings. Then Santa turned up in a Rickshaw! The weather at the minute means if the sun is out you can sit in it quite comfortably in only a t-shirt, but the minute you go in the shade or it starts to get dark you need quite a number of layers.

The second event was a traditional Nine Lessons and Carols service last Wednesday evening. It was hosted by the British Ambassador himself and after the service we were even allowed into his own garden to enjoy hot Rum Punch and Mince Pies. It enabled us to see just how the other half live as the Ambassador kindly left all his lights on and curtains open so we could see how nice his house was. 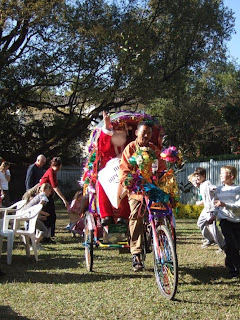 This year is a special year for Nepal, and in particular Nepali Christians as it is the first year that Christmas has been declared a public holiday. Many churches are putting on special events to celebrate the birth of the Messiah. We shall be involved in one such service at our church this week.

So to close, Merry Christmas to all our readers and a Happy New Year, we hope you have had a good one and that as we remember God giving us His Son you will be able to look forward to a good 2009.
Posted by Dan and Becky at 10:42