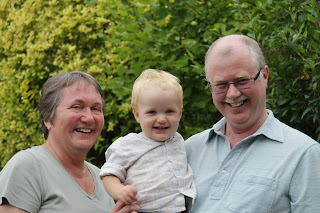 Tomorrow is the start of the new school year. We’ve had a lovely five week summer break, of which nearly four we spent in the UK. It was great to see loads of family, the photos on this blog are of Samuel and his Grandparents, and quite a few friends while we were there, sorry if we didn’t get to see you.

Regular readers will know that a key issue is always staff. As my role in the Secondary is managing the timetable and allocating all the staff; working out exactly how many we need and to do which jobs is one of my main concerns. Well we are delighted to be fully staffed for the start of this year, thanks to a number of new staff that are joining us for this year. 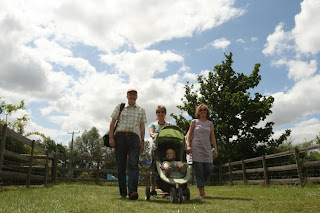 In the secondary we have a new Art teacher from Holland, and a teacher of junior Science who had joined us from India. We have a guy from Switzerland on his gap year here for 8 weeks to work as a teaching assistant. We also have a couple from the US who’ve come out with their 3 children. He’ll be helping teach some of the music and she will be one of the Primary class teachers. We’ve actually got 2 other new Primary class teachers, one in her 20’s and another who’s a bit later on in her career who’ve come from the States. The primary are also blessed with quite a few gap year students this year who are coming for one or two terms, including one I met on Friday who’s come out from Northern Ireland to do some PE and Art. But best of all (from my point of view) we have the returning Secondary Principal who’s back after 6 months home leave in Australia.

I was talking with her and the Head of the whole School on Friday about our staffing and while we are extremely pleased to have so many good new staff coming we also realised that we were the only 3 Mission members of staff who are committed for longer than the next two years. This is part of the nature of the school. So many staff come and go during each year it does make some things hard.

However, so many of the staff have a huge impact even in just a short space of time. One that springs to mind is a Northern Irish girl that came out to help with PE for 6 months at the end of 2008, but had to leave early due to a knee injury. Many of the students remember her well and are looking forward to her return in January 2011. Another is a couple who came from Australia in January, she is now taking on the role of Head of the English Faculty and he is about to run the school play this term. They are due to return to Australia at Christmas, but they will leave a significant legacy from just one year’s service.

Update
Opps. Forgot to mention one new member of staff in the secondary. A certain former KISC Geography teacher who is returning this term to teach some of the A-Level. Goes by the name of Becky!
Posted by Dan and Becky at 15:54